The Not So Obvious Nature of Breakthrough

That moment of sudden victory.

And a word that's become cliché.

It's hard to find a prophetic word these days that doesn't promise breakthrough. But after hearing the word for years, many people have given up on it. They've been disappointed too often and don't want to have their hopes dashed again.

I wonder if our disappointment isn't because we don't understand what breakthrough really is.

I received a prayer request yesterday. The request was for a blessing. A woman asked that her niece would never suffer hardship, never be attacked, and always be protected from harm. I know what it's like to want your children to be blessed and protected. I've prayed for my kid's safety and protection many times. But I've come to realize that safety and protection don't always do the kind of work God needs to accomplish His purposes.

It would have been easier for Jesus to avoid the temptation in the wilderness. And the betrayal of Judas. And the scourging. And being nailed to a cross. But all those painful, humiliating things were necessary. They were part of the process of learning obedience and being conformed to the will of the Father. After he had endured it, he stepped out of the tomb, more alive than He'd ever been.

The breakthrough had arrived.

A bystander who knew nothing about the Lord, on seeing Him emerge from the tomb might have assumed the resurrection was an event disconnected from a process. A random miracle. But we know better. Without the suffering and pain, the breakthrough never would have happened.

How often have we looked at a person who achieved a great victory and wrote it off as divine favor or luck—never considering what it cost them? Many times, what seems to be a sudden breakthrough is merely the last stage of a long, grueling process. Emerging from a lonely and difficult walk through the valley of the shadow of death. 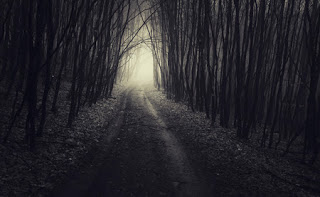 Not everything is a process, but many things are. When we're sick, it's often because we've ignored eating right and exercising which could keep us healthy. But we don't want all that. We just want the sickness gone. When we're stressed out, we don't want to change our circumstances. Change is a hassle. We want the peace. Without the process.

God is more interested in our growth than our comfort. We want a life that's free of difficulty. He wants transform. The difficulties we suffer are intended to cause growth. (I would make an exception for sickness and injury, which seem to lack redemptive power. If they're meant to transform us, Jesus did more harm than good.)

Maybe the process is a humbling situation designed to rid us of pride. Or a weekend in the psychiatric ward where He heals us of shame. The process is uncomfortable. But if we avoid it, we never grow. And if we don't grow, we're robbed of our breakthrough. When we submit to it, when it's done its work of transformation, we get our breakthrough.

If you're looking for breakthrough, you might also be on the lookout for a process that God wants you to submit to. It won't be easy, but it will be worth it.
Posted by Praying Medic at 10:05 AM 5 comments: