The Word of Wisdom

This is an excerpt from my book Hearing God’s Voice Made Simple. 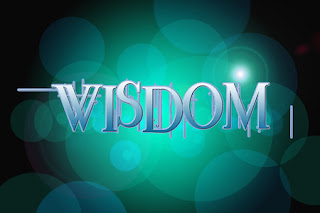 The word of wisdom is one of the gifts (or manifestations) of the Holy Spirit mentioned in first Corinthians chapter 12. It’s wisdom about a situation that we would not normally have. It’s similar to the word of knowledge. The difference between them can be seen when we understand the difference between knowledge and wisdom. Knowledge is information about something. Wisdom is knowing what should be done with the information—the action we should take once we know the facts. Wisdom is knowledge correctly applied.
Before I go into a job interview, I usually ask God for any revelation He wants to give me about the interview process and I spend a few minutes in silence waiting for His reply. I sometimes receive images in my mind about things I’ve said in past job interviews that I might mention. Sometimes I’ll receive images of calls I’ve responded on in the past. Sometimes I’ll see flashes of conversations I’ve had with coworkers. Since God knows the mind of the interviewer and what they might be looking for in a candidate, I take these impressions as suggestions about things I should be ready to discuss in the interview.
Sometimes a word of wisdom will instruct you about something you should not do. One day my partner and I transported an elderly man who fell at home. Based on his symptoms, it seemed as though he might have had a hip fracture. We placed him on a plastic backboard to make it easier to lift him onto the gurney. My partner asked if I was going to start an IV and give him morphine. I observed our patient and noticed that as long as we didn’t move him too much, he seemed to be tolerating the pain pretty well. I received a thought impression in my mind which seemed like a message from God that said, “He doesn’t need morphine.”
I wasn’t certain that it was God speaking. But I proceeded as if it was, and we transported the man without giving him morphine. During the transport, his pain gradually subsided. By the time we got to the hospital, the pain was almost gone. Having seen people healed in the ambulance before without prayer, I wondered if it was another case of the Holy Spirit healing someone by simply manifesting His presence. It’s difficult to explain how placing him on a hard plastic board and driving him over bumpy roads would make him feel better. I believe I received a word of wisdom telling me He would be healed if we simply transported him and allowed God to do the healing during the trip.
Words of wisdom can be given for just about any kind of situation. My family has a tradition of gathering in snowy locations over the Christmas holidays. One year it was decided we would be gathering in New York. From the moment I first heard the plan, I had a sense that something would foul things up. When my family asked if I was going, I politely declined. When they asked why, I explained that I had a feeling as though the weather was going to cause problems. Not understanding how God forewarns us about these things, they were disappointed. But I stuck by my convictions and stayed home. That Christmas, New York City received almost two feet of snow and experienced extremely gusty winds. Most of the main streets were impassable for days. The airports in the area were closed and inbound flights were diverted to other cities. Many outbound flights were canceled. Some of my brothers and sisters had to take extra time off work because they could not get flights back home until the mess from the snowstorm had been cleaned up. I believe I’d received a word of wisdom from God. I didn’t just receive information about an approaching storm. He told me what plans to make in order to avoid having travel problems.
After I had published the first two books in this series, God began giving me dreams suggesting that I mentor other authors. One night, I had a dream about one author who was writing an excellent book. He became discouraged and considered giving up on the book completely. From my perspective in the dream, I could see that the enemy was not happy about the potential impact the book would have, so an effort was organized by the enemy to discourage him and prevent the book from being published. In the dream, I knew my part was to encourage the author and help him see the book through to completion. Right now I’m the administrator of an online group of more than 500 writers. I personally mentor some of the authors God has shown me in dreams. It’s another case where God didn’t just give me information about someone, but specific actions I should take in order to help them.
The word of wisdom is one of the least mentioned, but most useful gifts given to us by God. I hope this article has helped you to understand a little better how He can instruct you through it.


Related:The Word of Knowledge
Click on the link to learn more about the book Hearing God’s Voice Made Simple.

Posted by Prayingmedic at 11:11 AM