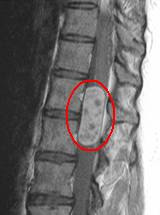 Most medics would rather watch paint dry than transport a patient for wound care. We prefer burning houses, car accidents, or any call that's bloody or messy (except delivering babies).

Jeff is a gentle, funny man who happens to be a quadriplegic due to a tumor on his cervical spine that doctors deemed inoperable. After spending time in a nursing home, he was able to return home, with the help of friends and nurses who care for him.

Each of the walls in his bedroom has a Seattle Seahawks jersey hanging from it. He showed us a picture of himself at a game he attended courtesy of two free tickets from Matt Haselbeck. As we loaded him, we talked about his travels while in the army and how much he loved living in Germany. Jeff is one of those guys who's easy to like.

I told him he should let me pray for him to be healed. He said, "that's my plan - to get healed and get back to my normal life." He had no idea what my plan was, but like so many others, he doesn't accept his condition as permanent, though his doctors have no real hope for recovery. In spite of that dismal prognosis, Jeff is full of hope and life.

During his stay at the nursing home, he developed a decubitus ulcer (bed sore) on his buttocks. He'd been receiving wound care, which was shrinking the ulcer. He was being seen today to check on the progress of the wound's healing.

We left him on our gurney for the exam and rolled him toward us while the female doctor and nurse examined his backside. They were impressed. The wound was almost completely healed. I told Jeff any time a 50 year old man has a couple of women tell him that his backside looks good, he should consider himself fortunate.

We drove Jeff home and put him back in bed. He let me pray for him, so I commanded the tumor to leave.

Will he be healed?

He didn't exactly get up from bed and do a touchdown dance. He didn't feel anything when I prayed with him. I won't know what happened unless I run into him again. Maybe Jeff's plan to be healed and my plan to get people healed will meet and be consummated.

If that happens, you'll be the first to hear about it.