When we arrived at the nurses station, the nurse asked us not to go down the hall that was straight ahead. Even though it was the shortest route to the room, she directed us to another hallway that would go all the way around the ICU.

I had to know why.
So I asked.

She said that a patient had just died and the chaplain was counseling the family in the hallway.

We took the long way to the patient's room and met his nurse, who was very friendly, but very busy. She was taking care of both my patient and the one who died. She discussed the resuscitation attempt of the other patient with one of the doctors. Then she made a phone call and left a message with the answering service for the hospital we were transporting to.

I could tell this was going to be an interesting transport.

She came over and apologized for the chaos and told me the patient couldn't be released yet because she had not been able to reach anyone at the receiving hospital to give report. Technically, you're not supposed to discharge a patient before giving report to the receiving hospital. So we were on hold.

She took me aside and gave me the run down on our patient. He was in his early 40's and had a history of life-long alcohol abuse, which led to liver failure. The day he was admitted to the hospital, he went into cardiac arrest.

Each time he coded, they resuscitated him, which left him with a completely broken rib cage. Every time he coughed or took a deep breath you could hear his ribs grating against each other.

"Well, I haven't seen that in a long time," I thought to myself.

His stay in the hospital was chaotic from the start and that's how it remained. When they took him to the cath lab to do the angiogram, another patient was on the procedure table. He coded while waiting. When they finally did get him in, they found two completely blocked arteries that could not be stented. The tried to open them with a balloon, but they knew it would only be a matter of time before they closed again.

No wonder he coded four times. He was lucky to still be alive.

He was being transported to another hospital for a liver transplant and because his heart was in such bad shape, they would need multiple teams in the OR when they did the transplant if he had any hope of surviving.

The nurse tried again to reach the receiving hospital with no luck.

We went in and introduced ourselves and explained that there was a slight delay but that we'd get him on the road as soon as we could.

Liver failure has got to be one of the worst conditions to live with. His abdomen was swollen to twice the normal size. He skin was yellow from head to toe. He looked miserable sitting in the chair beside the bed. I told him what our plan was and asked if his wife would be following us or if she had other plans. We quickly killed twenty minutes with small talk. Finally his nurse came back in. She got through.

We got him loaded and I asked if he would tell me what he remembered from the episodes of cardiac arrest. He said he'd be glad to.

He'd been on tranquilizers for weeks prior to being admitted. The first three days of his hospital stay were a blur except for some 'hallucinations'. During the days after his cardiac arrest he seemed to be in a dream world of bizarre creatures and odd looking places. He described the sensation of being there as more real than being awake. When he became conscious, he talked with his wife about what he saw. She didn't see any of those things, so he wrote it off as hallucinations.

Does that mean I'm hallucinating?

Shortly before we arrived, I asked if I could pray for him to be healed. I wasn't surprised when he said he'd like that. So I prayed with him for healing of his liver and heart and declared God's goodness over him.

We talked about our destinies. I suggested that he had a destiny that was not yet complete. That's why he was still alive. After talking with a lot of people who've stepped into eternity, I'm convinced that very few of us get to leave before our earthy destiny is complete. If we come back - there's a reason for it and we need to understand what it is.

It would be an amazing miracle if it turns out that he was healed. I'll probably never know for sure until I step into eternity and my destiny on earth is complete. 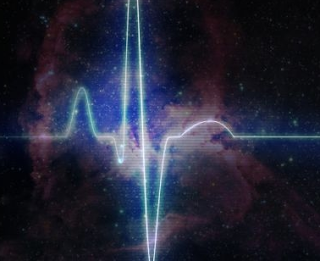