Why You Shouldn't Visit Me to Be Healed 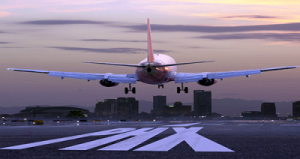 I occasionally receive requests from people who either want me to travel so I can pray for them to be healed, or who ask if they can travel to see me to receive prayer. While some people have a list of reasons why you should let them take a crack at getting you healed, I'd like to tell you why I'm not that person. In order to illustrate a problem some of us are wrestling with I'd like to share an exchange typical of the ones I have with someone who needs healing:

Them: Is it possible I could come to your place and get healed? I'm really suffering.

Me: Where do you live?

Me: I need to ask you a question and I need an honest answer: How would you feel if you came to Phoenix and I prayed for you and you were not healed?

Them: Honestly, I'd be disappointed, but it doesn't matter. Many people have prayed for me and I haven't been healed.  I know that Jesus will heal me, so I'll keep looking for the right person.
I don't want to seem insensitive to the suffering of others. I feel deeply for anyone who suffers. I also don't want to play the "You don't have enough faith" card, because the problem we're dealing with has nothing to do with having enough faith. The simple fact is that people like me can't travel all over the world to pray for the sick, and it seems like a waste of money for the sick to have to travel the world in search of healing.

Many people aren't speaking in tongues because they believe that God is the one who controls the process. They believe that if they're going to speak in tongues, God will take over their body and make it happen. If you believe God is the one in control of the process, it gives you no reason to try speaking in tongues yourself. The truth is that God does not take over your body and force you to speak in tongues. You are the one in control of the process. All He does is inspire the things you say. So many believers are a stalemate; they're waiting for God to do something that they must do themselves.

This wrong view of God prevents people from having what they desire. In a similar way, many people have not been healed because of wrong views they have about God, themselves or the healing process.

Some of us see healing as something like opening a combination lock. We might believe in healing and we may even believe God wants us to be healed. So far, so good. The problem (or so we think) is finding the right combination, and with healing, it seems to be a matter of visiting as many people as you can until you get the right person to lay hands on you. Many of us embrace this model of healing because we've heard of people who have been healed after having hundreds of people pray for them. Such stories make us think healing is a game of numbers. You just need to play the game long enough and receive prayer from enough people until you hit the jackpot.

What we fail to consider is that in most of the cases where someone was healed after receiving prayer from hundreds of people, something was uncovered in the final prayer session that was unrecognized, and once it was exposed, the person received their healing. It isn't a matter of finding the person with the right anointing as much as it is discerning the root of a problem and removing it. (Go here for an example.)

I usually tell people that if they've received prayer from many believers and they haven't been healed, the chances of me getting them healed are rather slim. It's likely they're going to spend a lot of money buying a ticket to visit me and be disappointed when they aren't healed.

Failed healing can be due to a number of reasons. Success in healing difficult cases is generally a matter of finding out what's preventing people from receiving their healing and removing it. For most of us, finding the right combination is a matter of making ourselves just as able to receive healing as God is to give it.

And this is where things get interesting...

Unless you're willing to investigate the possibility that your healing is being blocked by something like emotional trauma or a mental stronghold involving your thinking (or any number of other things) you're probably not going to be healed no matter how many anointed men of God pray for you. In these cases, it's not a matter of anointing. It's a mater of getting to the root of an issue the enemy is exploiting, bringing it into the light and letting Jesus deal with it. Most of the time, the problem is that we're believing a lie that is empower the enemy. These lies are nearly always things we believe about ourselves, about others or about God.

We tend to think that because we have the Holy Spirit in us, we're less prone to believing lies than non-Christians, but the truth is that because we listen to more teaching about God (some of which is true and some of which isn't) we're more likely to have wrong ideas about Him than non-believers by virtue of the fact we're exposed to more theology. It's surprising how many lies Christians believe about God and about themselves. The good news is that once the lies we believe are exposed and removed and the truth is allowed to take their place, we can receive healing just as easily as anyone.

Here's one last reason why you shouldn't visit me to be healed:

It isn't my calling to heal all the sick and injured people I encounter. While I love seeing people healed, and watching the power of God at work, and I rejoice every time a demon is made homeless, my main calling is not healing the sick, but training people to heal the sick.

This calling involves writing blog posts and books and connecting with the few people I come across who are passionate about healing and miracles. If I had to choose between seeing 100 people a day healed through my prayers or seeing 5 people a day trained in healing, I'd spend my time training. Those 5 people, once they're trained, are going to heal thousands and some of the people they minister to will learn to heal as well. While it's good for me to spend time healing the sick, it's better for me to develop materials that train and equip the saints for ministry. That is my real calling and it's the main reason why I seldom travel or pray for people in person upon request.

So before you buy a ticket to Phoenix, why not spend a little time with doctor Jesus and ask Him what lies you believe about yourself or about Him? Let Him reveal the lies and ask Him to show you the truth. Believe what He tells you and ask Him to heal your body and soul. Then send me your testimony. And maybe when we meet it will be to celebrate your victory.

Related:
I’ve Received Prayer – Why Am I Still Sick?

For more information on healing, check out my book Divine Healing Made Simple. 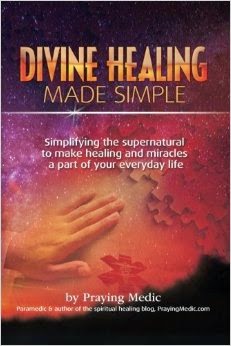 Posted by Prayingmedic at 4:21 PM

Email ThisBlogThis!Share to TwitterShare to FacebookShare to Pinterest
Labels: When God doesn't heal