This is an excerpt from John Wimber's book Power Healing.

"Lord, I asked, are most people afraid to pray for the sick because their understanding of your nature, who you are and how you work inhibits them?" Again, I sensed him saying, "Yes - most people are hesitant, even fearful, to pray for others healing because they misunderstand my compassion and mercy. They know about me, but they do not always know me."

It really works, I thought as I went on my way toward home, and God used me as a vehicle of his healing mercy. Then I was jolted out of my jubilant mood by an incredible vision.

Suddenly in my minds eye there appeared to be a cloud bank superimposed across the sky. But I had never seen a cloud bank like this one, so I pulled my car over to the side of the road to take a closer look. Then I realized it was not a cloud bank, it was a honeycomb with honey dripping out on to people below. The people were in a variety of postures. Some were reverent; they were weeping and holding their hands out to catch the honey and taste it, even inviting others to take some of their honey. Others acted irritated, wiping the honey off themselves, complaining about the mess. I was awestruck. Not knowing what to think, I prayed, "Lord, what is it?" 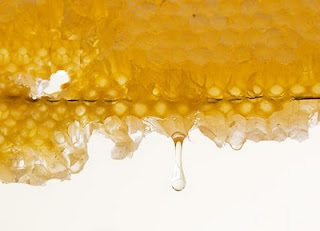 He said, It's my mercy, John. For some people it's a blessing, but for others it's a hindrance. There is plenty for everyone. Don't ever beg me for healing again. The problem isn't on my end, John. It's down there. (For readers who have never had a vision or supernaturally heard God in this fashion, I did not physically hear God speak. I experienced more of an impression, a spiritual sense of God speaking to me. Time proved that what I thought I had heard was true.)
That was a moving and profound experience; certainly it revolutionized my life more than any other experience I had since becoming a Christian. I have never looked at healing the same way since that day.

What made this experience so powerful was that it confirmed my newfound conviction, rooted in Scripture, that God's abundant grace included diving healing, if only we would believe him for it. I learned this lesson from the story in Mark 9:14-32 of Christ healing a man's son who was possessed by a spirit and as a consequence was mute. After the disciples had failed to heal the boy, the father approached Jesus asking if he could help. Jesus wasted no time in identifying the reason for the disciples failure: unbelief.

After explaining to Jesus that his son had been possessed by a spirit since childhood, the man asked, "But if you can do anything, take pity on us and help us" (v.22). Jesus said, "If you can? Everything is possible for him who believes" (v.23). The key to experiencing Gods healing mercy was belief, belief in the God who heals. "I do believe, the father said. Help me overcome my unbelief! (v.24). With this confession what Jesus called faith as small as a mustard seed in Matthew 17:20 he cast a deaf and mute spirit out of the boy, and the boy was instantly healed.

What God showed me through scriptures like Mark 9, my first healing, and the honeycomb vision was that he is much greater than I ever imagined him to be, and with only the smallest act of faith I could experience his compassion and mercy. I also realized that God's mercy is constantly falling on us, because everything that he does is related to what he is: the Father of compassion (mercies, oiktirmon) and the God of all comfort, who comforts us in all our troubles. (2 Cor. 1:3; Exod. 34:6, Neh. 9:17). Psalm 145:9 says, "The Lord is good to all; he has compassion on all he has made". Titus 3:5 says the Lord saves us because of his mercy.

But too often I did not see God in the fullness of his mercy and grace.

I trusted him to lead me, but I did not trust him to provide for me; I had faith to receive forgiveness of sins and salvation, but I had no faith for divine healing. I never realized God's mercy was as readily and abundantly available to me as the honey was available to all under the honeycomb.

Through the honeycomb vision I also understood that my first healing was only the beginning of my experiencing God's mercy if I would only choose to believe and to receive it. In the vision, some people rejoiced, freely received, and freely gave away. The more they gave away, the more they received. There is plenty for everyone, The Lord said. Don't ever beg me for healing again.

But others, full of unbelief and skepticism, could not receive the grace, blessings, and gifts of God. They could not see that Gods mercy and healing are greater than their understanding of how he works. The problem isn't on my end, the Lord said. It's down there. It is we not God who place limitations and unbelief on Gods compassion and mercy. We are invited to cooperate with his Spirit by entering into a divine partnership, a partnership in which he brings direction and provides for healing.
Posted by Prayingmedic at 7:00 AM