Over the last month God has been giving me dreams about meeting with survivalists, or as they're affectionately called, 'doomsday preppers'. 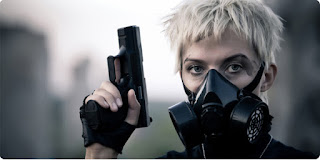 When most of us think about survivalists, we tend to think of those weird gun-toting people, who have an affinity for gas masks and gold. I've never had a friend who I would call a 'prepper'. But I recently met a couple of people who are. And they aren't the kind of people I thought they would be.

Two weeks ago, I had a dream about meeting up with survivalists in my area and joining their group. There's a longer story behind this, which I'll share at some point in the future, but if you've been following my Facebook notes, you already know the story.

My wife and I decided to check out the local 'prepper' groups to see if we could find someone to talk to. We located a guy who was interested in sharing information. We exchanged e-mails and had a long phone conversation that ended with an invitation for us to visit him. We took him up on the offer the next day.

We drove to his house, which is located in a nice neighborhood. I didn't see any machine gun turrets or signs of a bomb shelter. Just a nice woodworking shop that made me a bit envious.

Frank (not his real name) showed us around, proudly describing the unique features of the home he built himself. We parked ourselves on the back porch where we chatted for the next 8 hours about all things related to prepping.

Before moving to Arizona, I lived in Washington for 16 years, where we suffered frequent power outages. Eventually, I decided to buy a generator so I could make coffee for myself and the neighbors during the windstorms.

I've always liked the outdoors. I've been a rock-climber since I was a kid. As an adult I took up mountaineering and eventually became interested in high-angle rescue. As a firefighter and was trained to teach community preparedness for disasters like earthquakes and tsunamis. Over the last three years I began having dreams about concerning events of the future, so I began to set aside more emergency supplies.

I've slowly been developing the lifestyle of a prepper. I'm not an expert in preparedness. I know a little, but I have gaps in my knowledge base and we're short on some of the things we need to have. There's also a lot of bad information out there and through the conversation we had on the phone, I knew this fellow was an 'expert' although he cringed every time I mentioned the word. We came to learn. And my wife, ever the good student, brought a notebook full of questions she'd written out beforehand.

Preppers and prophetic people have a lot in common. They both have an eye on the future. The Old Testament is full of people you might call preppers. Noah spent 120 years building an ark for a flood, when it had never rained before. How much do you think Noah's dreams stretched his imagination?

Joseph is the prototype of what modern preppers are all about. Pharaoh has a dream. Joseph interprets it. He sees famine and drought coming. He tells the king what he sees and develops a plan to mitigate the damage. Set aside a little each year to get the nation though the time of hardship. It worked perfectly and a nation was saved, all because of a prepper.

I had an ulterior motive when I met with Frank and his wife. I explained to him on the phone that I thought preppers were missing out on one major thing that could make their work a lot easier.

They seldom consider the miraculous.

Medical care in a disaster is a huge concern for preppers. Their theory is that medical care may not be available in a worst case scenario - so it's wise to have someone on your team who can treat illness and injuries. Most preppers recruit doctors, nurses or ideally combat medics for their team so that in a worst case scenario, they have someone around with experience in medicine.

I suggested to Frank that there was a better solution.

Preppers hold the view that one day there will be a lack of the things needed to survive. They believe that the best strategy is to store up what will be needed, as no one will provide it for them. My view is that there may be lack in the kingdom of man, but there is no lack in the kingdom of God and that my Father is willing and able to meet all my needs through His riches.

I told him that someone who is trained in divine healing would be indispensable, since this mode of healing requires no license to practice, no equipment or drugs, has no side effects and can be done over distances. Better yet - it can be done by anyone who is a disciple of Jesus and knows how to release the power of the kingdom.

I went one step further and explained that some of my friends have prayed over empty gas tanks, then drove hundreds of miles to church meetings without filling up the tank. I told him about people who take a few dozen hot dogs and buns to feed the poor and when hundreds of people show up- they pray over the food and it feeds everyone with some left over.

He understood my perspective, but for most people, seeing is believing.  I wanted to demonstrate the reality of the kingdom to him so he could see it firsthand.

I knew from our phone conversation that Frank suffered from Chrohn's disease. But I didn't know his wife had a torn meniscus in her right knee.

When I pray with a group of people with various conditions, I try to select someone to heal first who's healing can be verified immediately, without medical testing. One healing miracle at the beginning encourages everyone else who needs healing.

The best candidates to start with are people with orthopedic injuries like sprains, fractures, torn ligaments, torn cartilage, etc. Chronic back pain is a common complaint for many people. These injuries are usually painful and they limit range of motion. When healing manifests, the pain disappears and range of motion returns. The miracle can be verified immediately, without testing.

I wanted Frank to be healed, but I thought that if he saw his wife healed first, it would encourage him. So I asked if she wanted to be healed and she said yes.

I prayed over her knee a few times and had her stand up. What happened next was a shocker to me. I could see that she was standing slightly tilted to one side. With a stunned look on her face she asked why she couldn't stand up straight. She said it felt like one of her legs was too long. She took off the shoe on her right foot and removed a heel lift then put her shoe back on and said, "Oh my God, I think my short leg just got longer. I don't need my heel lift anymore!"

She got down on the floor and sat on her legs with her knees bent. She leaned as hard as she could on the right knee but couldn't make the pain return. She was healed and overjoyed.

Frank looked at her in disbelief.

We went in the house and made chili dogs then returned to the porch. We talked and shared stories and enjoyed the evening with our new friends. We really like these folks. But it was time for Frank to be healed so I got up and stood behind him. I said a few words, commanded sickness and inflammation to leave and blessed the work of healing God was about to do. Then I sat down and asked what he felt.

"This is really weird. We just ate, right? Right as you were praying, I became very hungry again."

I believed the hunger was a sign that he was healed. It was almost midnight so we made our way to the car and said farewell.

A few days later, I received an e-mail from Frank. Here's part of the report he gave me:

"...On a side note, (my wife's) knee still feels good, and I have not had any symptoms to the magnitude that is normal. Go figure??? Not a complete believer yet, but am keeping the door open!"


We're looking forward to the next doomsday prepper meeting.
Posted by Prayingmedic at 5:28 AM