Hope and Healing in Peds Oncology 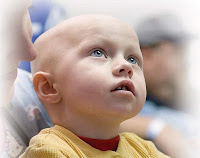 This story was submitted by Michael C. King


It was at the end of a 12-hour shift in early December and I had already reported off to the next CNA. I went into a patient’s room to empty the urine in their bathroom, the last task I would perform that night. I was working on a pediatric oncology floor, this patient was a four year old girl, and her mother and aunt were present.

As was coming out of the bathroom, the mother was on her way out the door and asked the aunt “if she needed the Tylenol,” and expressed that she
had already taken some.

I’m always looking for excuses to pray for people, so I asked them if they were alright. "Oh, it’s just sleeping in the hospital. You know, chairs and that daybed. They give us such pain in our necks and we’ve had headaches all day.”

“Do you mind if I pray for you?” They didn’t mind. I prayed for the mother first, placing my hand on her shoulder, and when I commanded the pain to go, I snapped my fingers. The moment I did that, heat shot into her neck, and the pain lessened. Since God was doing something, I just let God do what he was doing, and prayed for the aunt.

At Holy Spirit’s leading, I commanded a spirit off of her, and the pain lessened slightly. Both women felt a lessening of pain, but it was not all gone. The mother was getting all freaked at this point, and we started talking.

I explained that sometimes people get healed instantly, and sometimes it takes a couple rounds of prayer. They had a couple other questions, which I answered as best as I could, regarding God and healing and such. It turns out they were believers, but had never encountered God as Healer. I told them that Jesus didn’t die so we could get healed halfway, and prayed for them until the pain left entirely (which only took a minute or two).

The mother then asked me, sort of hesitantly, “Do you think it would work for her?” pointing to her daughter lying in the hospital bed.

“Certainly!” I replied. The daughter was upset, verbally told us that she didn’t want prayer, and was adamant about it. Had it been another time and place, I would have started praying for her by commanding spirits to be quiet and to come out of her (as that was, in my opinion, the reason she was so resistant) but it was neither an appropriate time nor place, so I skipped it, although I REALLY wanted to.

I had the mother and aunt lay their hands on her, and had them repeat after me a really simple prayer. I said something like “Jesus died so that we could be healed, so I command healing into this body and cancer to go in Jesus’ name.” We waited for a few moments afterwards, and I then said “That’s how you do that” and encouraged them to continue to pray for her in such a fashion until she was better.
Normally I would have the daughter test out the injury, but since it required a blood test to determine if the cancer was gone, that would have to happen at another time. I hugged them and then left.

While we had been talking, there was one other thing that God was doing, which I had never experienced before. The mother said to me at two different points during that ten minutes we were talking and praying that she felt something happening inside her while she was listening to me talk. I didn’t know what it was at the time, but I figured it out later. While I was talking, God was depositing HOPE into the mother to believe that God could heal her daughter. He might even have been depositing faith, but I KNOW she was receiving an impartation of hope. I believe this was what prompted her to ask if healing prayer would work for her daughter.
When I left, I was thrilled that the women got healed, but what touched me most deeply was the virtue God deposited in her. What had only ten minutes before been a very dark and painful situation became just a little less painful and a ray of hope had just cracked through the clouds. And the whole time, I was still getting paid to do it. ^_^
Posted by Prayingmedic at 7:00 AM