Woman Raised From The Dead On The Road 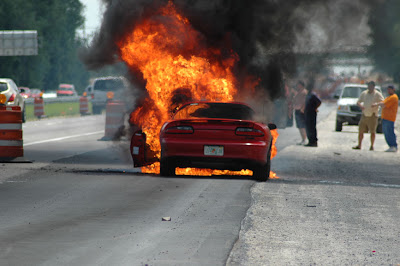 This story was originally published on the Bethel Church website. The original story can be seen here.

Jon, a young man from Orange County, CA, shared this testimony with us recently:

Jon was driving on the freeway on Father’s Day with his cousin from Chicago, who had prayed the night before that God would use him. They were driving to Jon’s church on Sunday morning. There was a lot of traffic, and he saw two policemen zoom by on his right. There was a big accident. One car was on fire on the shoulder, its front smashed in. The other car also had a smashed front. Two guys were giving CPR to a woman on the ground, her boyfriend and someone else. The cops were already there, but the paramedics weren’t there yet. Jon and his cousin somehow were able to lay hands on her. As Jon was taking her pulse, she died in front of him. So he and his cousin started praying in tongues. Jon saw her spirit and an angel and demon fighting over it. God showed him that her soul was on the line, so Jon was contending for her. Twenty minutes later, she was alive! The policemen kept trying to get him to move away, but he wouldn’t. He kept contending for her soul.

After, the boyfriend hugged them and said, “God is so good.” He gave them his phone number. Her family are all going to go back to church now.

She had broken her C2 vertebra. She’s in the hospital now, so they went to see her. They say sang over her “God heals me, too” to the tune of “God is So Good.”