About a month ago we paid a visit to a part of the city we really like. Northeast Tacoma is a small, residential area perched on a hill overlooking the port of Tacoma. The view is nice. But the food is amazing.

While killing time waiting for a call, we went to our favorite Shell station for fuel and food. I don't normally eat gas station food, except for an occasional ice cream bar, but this gas station makes the best chicken strips in town. While my partner filled the ambulance I got lunch. 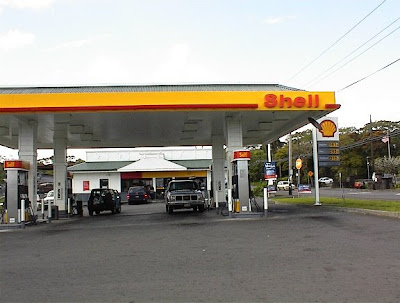 As I ordered a 4-piece box of chicken strips, I noticed that the young woman behind the counter had a black immobilizer on her wrist, so I ask what happened and if if she wanted to be healed.

She looked at me and said, "Whatever". She was skeptical, which is understandable if you've never seen anyone healed by the power of God at a gas station.

But this wasn't my first barbecue.

Before I paid for the food, I asked her to hold out her arm and she did. She let me pray over her wrist. I commanded the wrist to be healed and the spirit of pain to leave in the name of Jesus.

I told her that sometimes people get healed, though they don't feel anything immediately. Sometimes they notice the symptoms go away the next day or even a week later. I told her I believed she was healed then thanked her and left with my chicken strips, which were awesome.

We went back to the Shell station about two weeks later for fuel and while my partner filled the tank, I went inside for some of those yummy chicken strips.

I saw the same woman behind the counter. She wasn't wearing the wrist immobilizer so I asked where it was. With a smile he said, "I don't need it anymore, my wrist feels great."

I taught her a little about how to keep her healing if the pain returned and got an order of chicken strips.

Those chicken strips are amazing, but not as amazing as our healer, Jesus!