Two nights ago I had a dream about the Father’s heart. In the dream, I wanted to show a friend what the Father’s heart was like, so I created a three dimensional image of the words “Father’s Heart”. I carefully wrapped and boxed it. My friend lived in another country, so I shipped it to him. It was damaged while being shipped. A piece of one of the letters broke off, so he sent it back to me. That was the end of the dream.

A few years ago the term the Father’s heart was unfamiliar to me. Matt Evans was the first person I’d heard use this phrase. In the years since, I’ve had a deepening desire to become more familiar with my Father’s heart.

I talked with Matt the day I had the dream. He have me a prophetic word about God narrowing my focus to a specific set of things that I would learn about and share with others. He felt as though my sphere of influence would be smaller during this season, due to the fact that not many people will be interested in the things God is going to share with me.

The words smaller sphere of influence would strike fear in the heart of most bloggers. Bloggers are usually interested in finding more readers, not less. But this is precisely what God has been telling me to expect in the coming days.

During the last three years, He’s shared things of interest to many people and the blog has gained readers. But in the future, readership may decline due to a change of focus. And one of the things we’ll be focusing on is the heart of the Father.

There will be many changes to this website in the coming days. I’ll be writing more on subjects that I don’t usually discuss here. In order to do that, I’ll be changing the look of the website. I’ll be adding tabbed pages so readers can find specific areas of interest more easily.

We’ll be learning about the heart of the Father and I hope that the way I describe it doesn’t break His heart. Please pray that He’ll reveal His heart to us in all of it’s fullness and that we’ll accurately reveal it to others. 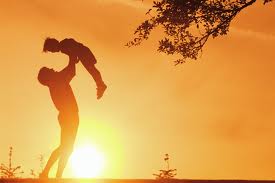