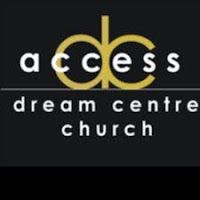 The meeting at in Darra this morning was simply wonderful. The weather was mild (it’s spring in ) and the magnolia trees are in full bloom.


Darra is a small town outside of that was devastated by flooding two years ago. It’s not an affluent community, so the flooding robbed what little possessions people had, leaving them struggling just to survive.

My wife and I shared our testimonies of how we came to know Jesus and how we came to walk in the power of the . Testimonies are nice, but we were anxious to see people healed and set free, so we asked if anyone in the room had any pain.

A man named Greg said he had neck pain, so we prayed with him. He felt the warmth of the Holy Spirit touch his neck and eventually, the pain began to subside. We prayed for his wife to be healed of diabetes and internal problems. The glory of God touched her powerfully and brought her peace and joy.

After seeing the Holy Spirit work in this couple, more people began to ask for prayer. One woman with pain in her head, neck and shoulders felt the warmth of God’s power as He removed all of her pain. Another woman felt the fire of God warming the upper part of her body as he healed her.

Several people with heart problems received God’s healing touch including an 8 year old boy named Malachi, who had back pain and a heart murmur. We had our host pray with Malachi. He had only seen one healing miracle in his life, which was the healing of a relative 20 years ago. I had him lay hands on Malachi and he said he felt a wave of power go through his body and out his arm into the boy’s back. A few seconds later the boy’s back pain was gone.

One woman asked for healing of a painful knee condition. I laid my hand on her knee and shared a few healing testimonies. I didn’t make any commands, but the power of the spoken testimony brought complete healing to her knee.

Another woman, who is a nurse, asked for healing of diabetes. As we prayed with her, she began to feel pain in her left shoulder blade. The Lord showed me a vision of her weeping and it seemed like the pain in her back was connected to it. When sudden pain manifests during healing, it’s usually due to an evil spirit manifesting. We commanded the spirit to leave, and the pain moved to her right shoulder blade. Pain that moves around is a confirmation that an evil spirit is at work. We calmly commanded it to leave and a few minutes later the pain was completely gone.

About 15 people received healing and deliverance this morning. Nearly all of them felt the tangible presence of God. We shared with the group a little about dreams and helped a few people interpret the dreams they’d had. We made a lot of new friends. We’re looking forward to speaking at Access later this week and teaching more about the .

Posted by Prayingmedic at 2:26 PM