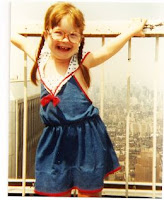 I had a dream one night about healing people with birth defects such as Down syndrome. I didn't know anyone who needed prayer for birth deffects so I posted it as a word of knowledge on Facebook. Many of my friends responded with excitement and began praying with increased faith for the healing of their friends and family members. I prayed for people I'd received prayer requests for. In my mind, the dream was just for Facebook friends. This happened on the first of my two nights off duty.

When I returned to work two days later, my first patient was a 5 year old girl with Down syndrome. I was a little shocked. Could the dream have been a word of knowledge for her?

With excitement, I told the girl's mother about the dream. She was a Christian. She gave me permission to pray with her daughter. She had acute bronchiolits, but her main problem was a gradual left-sided weakness that she’d had for about a month. A CAT scan showed that she had a misaligned C-1/ C-2 joint, which was suspected of causing the weakness. We took her to a larger hospital that had the capability of pediatric neurosurgery. Her father rode along. I told him about the dream. He was overjoyed that I wanted to pray for her.

In the ambulance, I prayed over the girl as her father prayed in tongues. I commanded her neck to be healed and for Down's syndrome to be healed. Without the dream, I may not have had the faith to pray for that. We talked about the Lord and the great things He had done in our lives. We navigated the maze of hallways and arrived at our destination. After giving report to the staff and moving her to bed, her father grabbed my hand and thanked me. I have him a hug a card for the website and asked him to contact me and let me know how she did.
If he sends word, I'll let you know.
Posted by Prayingmedic at 8:00 AM