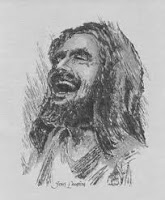 This story was submitted by my friend Sue Wilke.
Jesus took me on a treasure hunt today.
I went to the mall this morning.

I stopped into the coffee shop. I don't drink coffee, but HE told me to go in. As I waited in line thinking I would purchase a hot chocolate, there was a woman in front of me. She was complaining, couldn't here about what. I heard HIM say "touch her", so I asked her if she is ok, she told me she has bulging discs, fractured discs, and might have cancer. I told her Jesus instructed me to come in and talk to you. She smiled and said, she prayed just as she was walking in there today. I said well, lets pray, after, we then grew her leg out and she was shocked she felt it move. I gave her my name and said keep in touch.

Then I started to the store, the Lord said turn and go this way instead. He said "go to the lady on the bench." As I turned the corner their was a lady sitting by herself on the bench. I approached her and said the Lord wanted me to talk with you, are you ok? She began to cry. I said HE wants me to pray for you, she said thank you and we prayed for emotional healing, peace, HIS rest.

As I walked through the mall, HE said "go into the shoe store. There's a man at the cashier, go to HIM." I said, "yes Lord." I saw no man at the cashier but a woman. As I got closer, there he was, standing next to her. I said "c'mon Lord he's busy." HE said, "don't worry he will come to you." Sure enough he appraoched me, the Lord said "feet" I asked him if he had trouble with his feet, He said he stands all day and they hurt, plus he is a runner and they overpronate. I said "lets look at your legs." So we sat him down and sure enough one leg was longer than the other. So we grew out his leg to match. He was so happy and said, "thank you." we talked about Jesus, then I was on my way.

Finally I made it to my store, HE said "ask the man about his leg." I said, "O.K." The man approached me and asked if I needed help. I asked if he had pain in his leg. He said "yes, I just took off my knee brace, hurt it skiing." I asked to pray, he declined. I honored that.

Then I left that store and as I as walking, a bunch of wheel chairs passed me and went into the store. I heard the Lord say "go to the earings section." I went, and their was a lady in a wheelchair who just passed me at the earing section. I asked her what happened she said she was in two car accidents. She let me pray for her spine and her brain and then I was off. I questioned "is she healed?" HE said, "don't worry I'm working" I thought...."OK". I then proceeded out. Stopped and purchased some things and the lady next to me gave me a coupon worth $37 dollars off my purchase.

Abundant favor today....HE was busy. Thank you Father, for letting me be in the room with you while you work. I LOVE HIM!!!!!
Posted by Prayingmedic at 9:00 AM