I came to Phoenix, Arizona a few weeks ago to take a paramedic test. On Sunday morning I was sitting in the hotel lobby with my computer, checking Facebook and having coffee.

I noticed there were a lot of teenage girls in the lobby wearing softball uniforms. It turns out there was a tournament in town.

Sitting at the table next to me were a woman and her teenage daughter, who had a uniform on. I heard the girl mention to her mother that she was having a lot of shoulder pain. I know, I'm a terrible busybody. I just want to know everyone's business.

I turned toward the girl and and asked if she wanted to be healed. She smiled and asked how that would happen. I told her I pray with a lot of people who are healed of different medical problems.

I asked some basic questions; how long she had the pain, how bad it was on a 1 - 10 scale & checked her range of motion. Then I placed my hand on her shoulder and commanded pain and inflammation to leave and for ligaments. muscles, bones, tendons and nerves to be healed.

I asked if she felt anything different. She said her shoulder felt warm, but there was still some pain. So I placed my hand on her shoulder again and thanked God for the healing then commanded healing a second time & asked what she felt.

She said the heat was more intense and the pain was almost gone. She was surprised at how quickly she had been healed.

I talked with her and her mother for about 20 minutes. I shared some God stories & showed them my healing blog on my computer then told them if they wanted to learn more about healing they should check it out. The girl's mother happens to be a paramedic. She's seen people healed in her church, but wanted to know why some people lose their healing.

I taught them what I knew about spiritual battles and healing and that if the pain came back, not to receive it, to stand on her healing and remember the enemy might try to convince her she wasn't healed.

What I didn't know was that at the next table there was another teenage girl who had a friend with an injured shoulder. As I got up to leave, 5 girls, all wearing uniforms approached me and asked if I could get their friend healed. I asked if they'd ever seen a miracle. They all said, 'no'.

I looked around and it seemed everyone in the lobby including the staff behind the desk were looking on in anticipation as I explained what was going to happen.

I asked the usual questions - she'd injured her shoulder a few years ago and it never healed, so she lives with the pain. I placed my hand on her shoulder and commanded it to be healed and asked the Holy Spirit to bring his presence and power upon her then asked if she felt anything.

"Do you feel any different from how you felt a few minutes ago?"

She said, "Well... I feel really warm and kind of tingly all over."

"That's the power of God healing you."

I prayed a second time and asked the Holy Spirit to bring more of His power upon her then asked what she felt.

"Now my shoulder feels a lot better and I'm getting really hot....like all over." She began to giggle. It was obvious she was happy to feel God's presence touching her as she was being healed. Her friends looked on in amazement.

I spent a few minutes explaining that anyone who is a disciple of Jesus can heal people like this and taught about the spiritual battles involved in healing and told her what to do if the symptoms came back. I told them to friend me on Facebook or visit my blog if they wanted to know more about healing and the works of the Holy Spirit.

Before I left, I prayed with one more person; an older man who just had hip replacement surgery and a hernia operation what wasn't healing very well. He was actually the first person I noticed that morning who might need healing. He walked into the lobby using a cane.

As I was writing this story for a Facebook post, another woman and 3 friends approached me and asked if I was the one who healed the girls this morning. I said I was and spent the next 30 minutes praying with her for fibromyalgia, gluten intolerance and a few other conditions. As I prayed, she felt the power of God touch her and she began to cry. I shared with her some of the things I shared with the girls.

This was just the beginning of an amazing day with Jesus. After praying for these people I went back to my room to have breakfast with my wife and tell her what had happened.

We planned to look at homes in the Phoenix area and decided to check out the home show at the convention center. Before we got in the front door, we prayed with a woman who had back pain. A short time later, we prayed with and talked to a wonderful man who had a torn rotator cuff. He was very interested in hearing about what God was doing through us in healing. 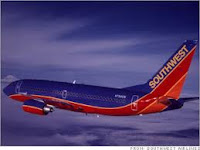 On the flight home, we talked with the woman in the seat next to us about healing for at least an hour. She had so many questions.

After we landed in Seattle, just before midnight, we picked up our car and drove to a gas station & talked with a man we saw at the airport in Phoenix, 3 hours earlier.

The interesting thing about this man was that when I first saw him in the airport, I sensed a peacefulness and confidence about him that no one else had. Our conversation eventually turned to the subject of healing. His wife has multiple sclerosis. I gave him a card to the website and told him to e-mail me if he wanted us to pray for her.

On the drive home, I marveled at God's wisdom in setting up so many divine appointments. He wants to touch others through every one of us. I hope you this message inspires you to touch someone with His love today.

Posted by Praying Medic at 6:00 AM