I Have Heard Your Cry

I want to share some of the adventures we had with Jesus on our trip to Washington to meet with friends at The Gathering. This story actually brings the trip to its conclusion. After spending nine days in the Pacific Northwest with friends, we got on the plane back to Phoenix and stowed our bags in the overhead bin. Most of the plane had already boarded. I sat down and soon heard the unmistakable cry of baby coming from the seat behind me. I looked at my wife. “Well, that’s cool. I get to sit in front of screaming baby.”

I had not slept well the night before. The room became too warm so at 1 o'clock in the morning I got up and opened the window then went to the lobby of the hotel for a drink of water. I fell back into a fitful sleep until the alarm went off. I did my best to rest on the plane but the coughing and crying of the child in the seat behind us made it hard and I became more annoyed as time went on.

An hour before the plane landed, I began feeling a vibration in my right leg near where I keep my cell phone. Every two minutes or so I felt as if my phone was alerting me. I checked my phone several times for new messages, but there were none. There couldn’t be. At 30,000 feet my phone can’t receive a signal from a cell tower.

I began to think maybe the vibration was coming from the Lord and He was trying to get my attention. I closed my eyes and saw some images and a few words in my mind, but I didn’t see any clear messages that I could understand. The vibration in my leg continued every few minutes.

After the flight attendants had put away the beverage carts the baby began a tirade of non-stop screaming that was unsettling his parents and getting on the nerves of people around us. I realize that when a baby flies in an airplane it doesn’t know how to equalize the pressure so its ears are going to feel the pain of atmospheric pressure changes. Who could blame him for crying? 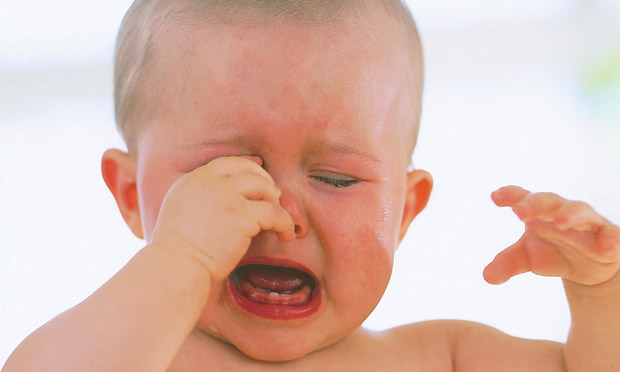 I closed my eyes again and this time I saw a clear message from God in my mind. “Pray for my peace to overcome the child.” As I prayed, in my mind I saw Jesus approaching the child and cuddling him and the screaming slowly subsided. Then I heard one more thing. “Tell his parents that I have heard their cries and I will give them everything they have asked for.”

As the plane descended into Phoenix I began to feel an unusual compassion for the baby's parents that made me my eyes fill with tears. I knew it was the Lord showing me how He feels toward them.

As the plane taxied to the terminal I asked the child’s parents if I might give them an encouraging word about their future. They said they would be glad to hear one.

I explained, “About an hour ago when your son was crying God asked me to pray for the peace of Jesus to overcome him. I began to pray for that and as I did, the Lord asked me to tell you this: ‘Just as all the people on this plane have heard the cries of your child, I have heard your cries and I will give you all you have asked for.' The Lord's heart toward you is full of compassion. He has not forgotten you. He will never forsake you. He will bring to pass all that He promised you. So I hope you’ve dreamed big, because the Lord is going to make your dreams come true.”

They thanked me and as I exited the plane I gave the boy’s father a hug.

I wrote this to encourage you to keep your eyes and ears open for opportunities to bless strangers with a word from God. I was not in a mood to bless anyone when this encounter began and it took a lot of prompting from God to get my attention.

If you aren’t hearing the Lord clearly, consider that perhaps He’s speaking to you in a way you haven’t yet recognized. Ask Him to speak more clearly and whatever you sense Him saying or doing; follow the best you can and watch what happens.

I guarantee you’ll be amazed.
Posted by Prayingmedic at 11:00 AM