The Healing Power of Jesus Enters the Emergency Room

My guest blogger today is Troy Anthony Smith. This article was originally posted on his blog here.

Yesterday we decided to take the power of a healing God to a sick and dying hospital. The results were truly amazing. We arrived at the LAC USC Medical Center around 6:30 with a group of around 6 people. This hospital has a large pharmacy/waiting room that leads into the larger emergency room where people wait to see someone to treat them. After a few moments chatting among ourselves we made our way into the emergency room.

My partner and I (he spoke Spanish) entered into the room first and it was like all you could sense was hopelessness. A room full of people who did not know about the Jesus who came to deliver. Now if anyone has ever gone out to minister healing in public the first thing you probably notice is the lack of people who need healing. You might come across one or two people at a mall after a few hours. Someone might have crutches or a bandage, but not an overflow of people who need the healing power of God. So when we walked into the room where almost everyone needed healing, my eyes got really big like a hungry kid at a buffet table.

There was about 40 people in the room. My partner and I just went up to the people and laid hands on them up and down the rows of chairs. The first encounter was a man with severe kidney pain. He spoke very little English so I didn’t go into detail asking him how long he had the pain, and what caused the pain (I’m not a doctor and not there to diagnose). I just laid my left hand on his side and commanded the pain to go. Then my partner did the same thing. The pain slowly went away. His wife was standing next to him, embracing him. When we laid hands on her husband she said, “I don’t know what you’re doing, but I felt that go through my body!”

After he was healed we went right down the line. We then went to a guy who had done something with his finger and it was wrapped and bandaged. He was a little hesitant to let us pray for his finger. He later let us, and after the pain went away, he smiled in disbelief, trying to figure out what had just happened. He just encountered Jesus.

Out of the corner of my eye, I then saw a man with a sling on his arm. So I walked over to him (he was in the corner of the room) and asked if I could pray for his arm. With anger he looked at me and said I could not heal him, and started to curse at me. I was so full of the love of God I just smiled at him, told him God loves him, and moved right to the next person. By this point I said, who wants to receive prayer?

Now everyone had seen the previous results, so everyone wanted to be next. We approached a lady with really bad arthritis in her knees and pain in her back. She was healed and began to walk around the room with joy. Several people realized they were really healed and walked out of the emergency room. Next we came across a lady who did not speak any English but pointed to her knee. (She was sitting down with her crutches next to her). She was healed and walked out of the emergency room.

It was an amazing night, as many people were healed. After my partner and I laid hands on basically the whole room, another group of about 8 people (from our team) came in to lay hands on the sick. We kinda laughed and said they were too late. We later spread out to the other parts of the hospital to see where we could demonstrate the gospel.

Sadly however, there are many people, homeless people, who live there at the emergency room/waiting room. They do not really have anything physically wrong with them it is just a warm place they can stay. I think the man who cursed at me was in this situation. This is why you must go into these situations with the love of God. Just love the people, the people are starving for love and want to know someone cares about them. We spent about 15 minutes just talking and encouraging a lady there who didn’t have a home and was in the ER with all of her belongings.

Just be willing to go… 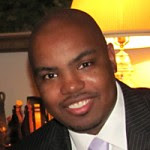 Troy Anthony Smith is a Pastor, author, and founder of Demonstrate It, an organization that believes in healings, signs, and wonders. Troy currently resides in Los Angeles, where he can be found at the grocery stores, malls, and street corners, laying hands on the sick, casting out demons, and declaring the good news of the kingdom of God.
Posted by Prayingmedic at 11:00 AM