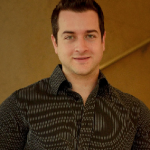 It was a chilly fall evening. The sun had almost completely gone down, leaving our house dark. A small, yellow lamp warmly and dimly illuminated the windowless room where I sat. One room over, Shannon and our son, Noah, sat in our bedroom happily watching a kids’ show on the computer. It was Sunday, and I had to go back to work early the next morning. I felt like mindlessly relaxing by watching the Sunday night football game. Instead, I decided to find out what the Lord was up to, because, all day long, I had felt a tugging deep within my soul that I really didn’t understand. I felt uneasiness, but not in an evil sense; this uneasiness came because I sensed Him tugging at me and luring me out of my comfort zone.

I began to pray and thank the Lord for being awesome and for just being Him. As I enjoyed Him, I escaped deeper and deeper into Him until I was immersed in His loving presence. It was the safe, peaceful, and warm embrace of two lovers. I was completely unprepared for what happened next.

As I sat and basked in the glory of my wonderful Daddy, without any warning, Jesus appeared in front of me. He didn’t look like He’s described in the Book of Revelation (as He appears to some people), Jesus in His glorified state with white hair like snow, eyes of fire, feet like burnished bronze that were refined in a furnace, and a voice like a roar. The Jesus who appeared to me was Jesus hanging on the cross.

The movie The Passion of the Christ reminded the Church that Jesus’ death on the cross was far more violent and traumatic than the images we commonly see. It showed us what a torturous experience could actually do to a human body. But even the graphic images of that movie did not compare to what I observed that evening. In the vision, I saw Him from the waist up, facing me, but slightly turned to the right. Immediately, I jerked away in shock and tried to look the other way, not wanting to see the horrific image that had so unexpectedly appeared to me. At the same time, I was drawn to Him and could not look away.

His body, which may as well have been a carcass, was draped on the wooden torture device, and His mangled flesh was not even distinguishable as human flesh anymore. He was scourged, beaten, and bruised so badly that His entire body was black and a purplish blue as if He had been covered in gasoline and set on fire for about three minutes, only to have the flame extinguished prior to death. His face didn’t even have distinguishable features. It was a swollen and contorted blob, beyond recognition.

He was not hanging in a physical state of peace, like we so often depict. Rather, His body was in shock from the pain inflicted on Him, to the point that He was convulsing. These convulsions were beyond His control, and every time He convulsed, His body seized forward. When that happened, it tore the wounds of the nails holding Him to the cross. It was a constant cycle of agony. As I watched Him struggle, my heart melted with compassion. Am I really watching Jesus suffer on the cross?

Finally, after many gut-wrenching, failed attempts at composure, He paused and, with great purpose and authority, took a deep breath and lifted His head. With complete calmness and control, He turned His head toward me. What is He going to do? I wondered. His eyes were not the eyes of a man who had given Himself over to be destroyed. Rather, they burned with love, forgiveness, compassion, mercy, and grace. His eyes locked with my eyes. As He stared into my eyes with great intensity, He simply said, “I love you.” Then He disappeared.

Until that day, Christ’s crucifixion and resurrection had not held the importance they deserved in my life. In fact, it wasn’t until several months after this experience that they really did. The very Son of God had appeared to me and allowed me to see part of the agony of His sacrifice of love for me. It was an undeniably important moment in my journey, one that would define everything that followed.

Jeremy's book The Longest Bridge Across Water is available here. 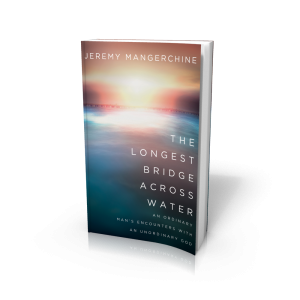 Posted by Prayingmedic at 11:00 AM